The notion of establishing a North Beltrami Heritage Center initially arose in the 1980s, inspired by (Bemidji-based) Beltrami County Historical Society displays that were manned by local citizens during the area’s annual Wild Rice Festivals. In the mid-1980s, permission was granted to use the Kelliher High School science room during the yearly July festivals for the display of local artifacts and historical information. From 1992 until 1998, the city permitted the use of the old city hall office in the Old Auditorium for these displays, and for their storage during the rest of the year.

In 1999, several interested citizens met to organize a North Beltrami Heritage group in order to encourage the permanent location and continued collection of materials relating to the history of the area. In July of 2000, the former band room at the Old School Center was made available for a historical exhibit during the town’s annual summer festival (then called “Kelliher Days”) and that year’s All-School Reunion, and in the fall of that year the City of Kelliher voted to make the entire Old Auditorium building available for use as a heritage center. Numerous people became involved with obtaining grants, fundraising, painting, repairing, and making the entrance handicap-accessible.

During the town’s 2002 Kelliher Days celebration the Heritage Center presented several new displays pertaining to local history, including a Depression-Era Kitchen exhibit that has become a permanent installation at the museum. Since then, the North Beltrami Heritage Center has grown and developed with the help of many volunteers and thanks to the donations of numerous supporters.

In 2012, a sculpture garden was added along the north side and east end of the Old Auditorium, incorporating historical farming equipment, scrap-metal sculptures created by local students (under the guidance of artist Al Belleveau), and heritage plants from around the area. The area’s annual mid-July Festival, the “Big Bog Festival”, remains the Heritage Center’s busiest weekend.

The Old Auditorium itself is an important part of local history, sitting as it does on the site of the town’s original city-hall/fire-hall building. The construction of that original two-story building (which would be used for a dance hall and a gymnasium as well as a meeting hall and engine house) was undertaken by the James Brady Co. of Red Lake Falls in 1907. However, by 1936 it was decided that the old brick structure needed to be remodeled and enlarged. A set of plans were drawn up and submitted to the Works Progress Administration (WPA) for federal approval, which called for the dismantling of the original building and the reconstruction of a one-story brick and frame building, with the addition of a lengthy extension, all to be stuccoed and covered with a dome roof. The project was given Presidential approval in the fall of that year, and work commenced immediately under the supervision of Axel Bergstrom. The WPA crew continued working through the harsh Minnesota winter, and with the arrival of the following spring construction was completed. The finished building included a gymnasium with balconies and a stage, a council chamber, check room, bathrooms, and a large basement. Over the years, the Old Auditorium has been used for basketball games, plays, band and choir practices and performances, roller-skating, and much, much more; the basement has housed locker rooms and even a shooting range, and has been transformed into a haunted house for more than one Halloween. Indeed, the well-used old building remains haunted to this day – with memories!

Hours: Open to the public in the summer between Memorial Day and Labor Day.  Wednesday-Saturday: Noon to 4 P.M. 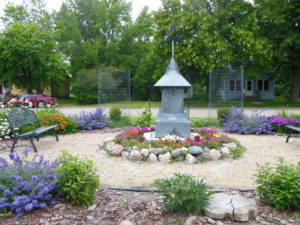 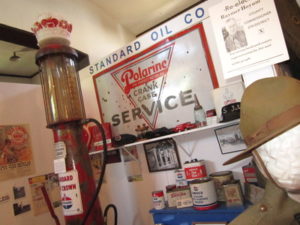